​In March of 2017, the SF Defund DAPL Coalition formed to push the Board of Supervisors to pass a resolution urging the Treasurer to screen out Dakota Access Pipeline-related investments.  The resolution added the Dakota Access Pipeline to the list of screening factors the Treasurer considers when making city investment decisions.  Nearly 14 percent of the city's portfolio, or about $1.2 billion, was invested with issuers that provide financing to the project, and the resolution paved the way for San Francisco to become the first city to actually withdraw funds from companies financing the pipeline.
​
​Resolution Passed March 14, 2017

​Jackie Fielder and Kurtis Wu co-founded the San Francisco Public Bank Coalition to push forward the idea of having a public bank to responsibly handle the City’s finances.  In response to this and other concerns about the City’s banking practices, the Board of Supervisors unanimously passed Supervisor Malia Cohen’s Resolution 152-17 “urging the Office of the Treasurer and Tax Collector to convene a Municipal Public Bank Task Force to increase transparency and equity across the City's Financial functions”. This prompted the Treasurer to convene a Municipal Bank Feasibility Task Force.  The 16-member task force met from February 2018 to November 2018.

​Recognizing that we need to change the rules, we joined forces with communities up and down the State of California as part of the California Public Banking Alliance, and helped to mount a successful statewide push to pass Assembly Bill 857 (Chiu, Santiago) to pave the way for public banks in California.  The Bill empowers local cities and regions to charter their own public banks and was signed into law on October 19, 2019 by Governor Gavin Newsom. 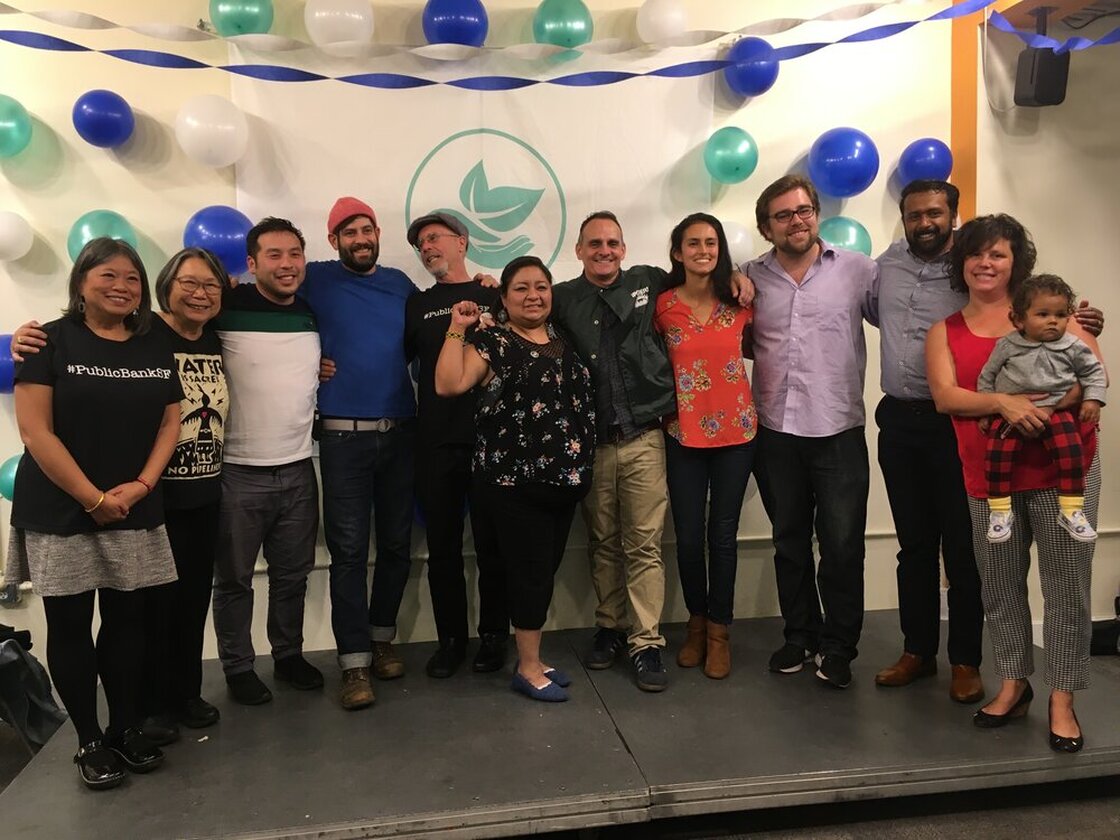 ​Legislation for a Public Bank of San Francisco

​In November 2019, Supervisor Sandra Lee Fewer working closely with the SFPBC introduced legislation to the SF Board of Supervisors to set up a working group for the purpose of creating a business plan for the creation of a Public Bank to be established within 3-5 years.   We organized meetings in various communities to promote the public banking concept as well as the public bank legislation.  The SF Budget and Legislative Analyst office produced a report that presented a viable avenue for establishing this bank. Unfortunately, just as preparations were being made to advance this legislation, Covid-19 hit like a hurricane creating a temporary obstacle.

​On January 26th, 2021, the SF Public Bank Coalition partnered with Supervisor Dean Preston to introduce the Reinvest in San Francisco Ordinance.  The legislation paves the way for San Francisco to be the first city in the nation to create a public bank. It requires the city to prepare a business plan for a municipal financial corporation and a public bank under the guidance of a Working Group composed of financial experts, community leaders, and public agency representatives as required in AB 857, The Public Bank Act. 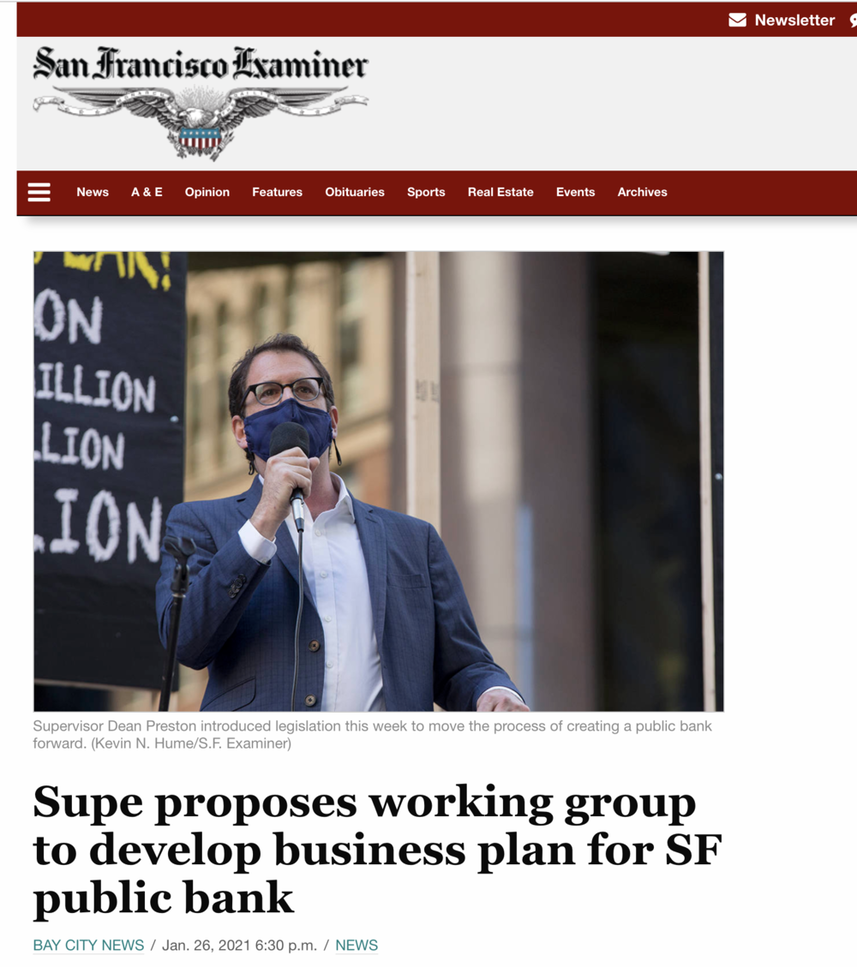 ​The SFPBC together with the California Public Banking Alliance joined with public banking advocates, unions and community organizations across California to pass landmark legislation that would offer a zero-cost, zero-penalty bank account to all Californians. AB 1177, also known as BankCal, will create a financial services platform with existing financial institutions to close the widening racial wealth gap fueled by the exclusion of low-wage communities of color from basic banking services.

​The San Francisco Board of Supervisors took a giant step for public banking June 15, 2021 when it voted 10-0, a veto-proof majority, to pass the Reinvest in San Francisco Ordinance, legislation to ensure a long term equitable recovery of our San Francisco economy ravaged by the COVID pandemic by beginning the process to charter a Public Bank. Supervisor Dean Preston was the lead author when the Government Accountability and Oversight (GAO) Committee, which he chairs, unanimously voted to send the ordinance for a vote by the full Board of Supervisors. 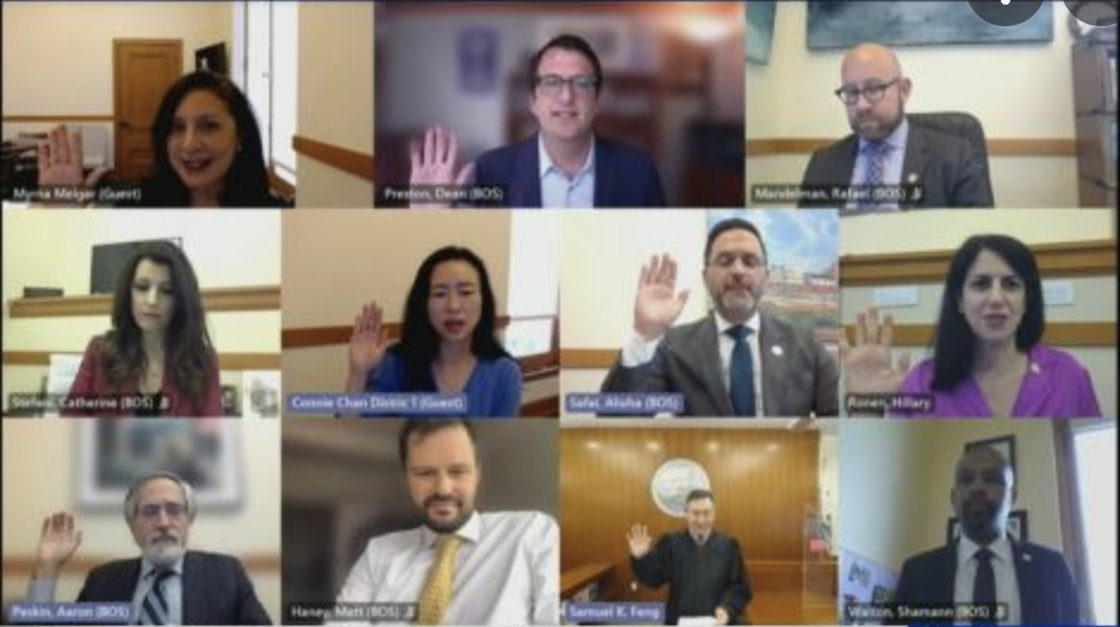